Costa Brava, home of the gods
Land of fire and foam…

In the area surrounding the campsites on the Costa Brava you can enjoy loads of cultural activities, leisure, gastronomy, health and beauty, nature, sports, shopping… Here we have more tourist information of the most characteristic places. 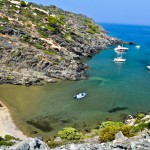 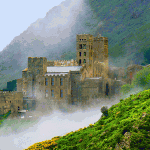 The 10th century Benedictine monastery, it is the best example of Romanesque art in the region of Girona. 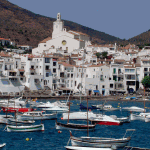 Local and foreign artists came to Cadaqués, attracted by its charms and the beauty of its landscape. The great painter Salvador Dalí immortalized the town in many of his works. You can visit his house-museum in Port-Lligat. 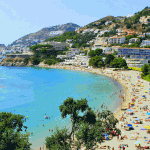 Great resort with many hotels, beaches and a fishing port. The coast includes a long sandy beach and a large number of coves, such as Canyelles Petites, L’almadrava, Cap Norfeu, Punta Falconera, Joncols and Montjoi.

Village of great splendour during the middle ages, with an important historical quarter. You can visit the large medieval market held in September. 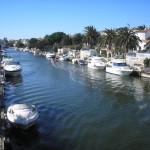 Located a few kilometers from Castelló and is Europe’s largest residential Marina. The modern version of Venice is a great tourist attraction.

An important protected nature park in Catalonia, it is formed by a set of lakes and flooded meadows at the confluence of the rivers Muga and Fluvià. Rich in wildlife, especially aquatic and migratory birds. 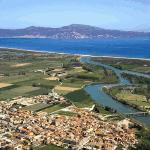 Situated in the centre of the Gulf of Roses, the town is on the banks of the river Fluvià and has a 7 Km beach of fine sand, internationally recognized as an ideal place for windsurfing and kitesurfing.

Fishing town, very picturesque, it has a large number of beaches and coves: Cala Montgó, Riells, Empúries. Also known for its gastronomy and its famous anchovies. 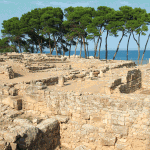 Sant Martí d’Empúries is the most visited archaeological area of ​​Catalonia. It is the only place where a Greek and Roman city were build at the same time. This is also where the museum of Archaeology Catalonia – Empúries is situated. 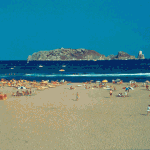 Villages on the foothills of the massif of Montgrí, tourist destinations known for the beautiful beaches and their campsites and hotels. 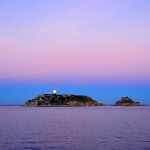 NATURE PARK OF MONTGRÍ AND THE MEDES ISLANDS

Discover the seabed of the Medes islands is to enjoy the wildlife and scenic area of a unique ecosystem, a paradise for lovers of scuba diving.

On top of the mountain massif Montgrí is an unfinished castle of the fourteenth century. 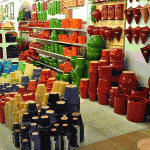 Town known for industrial and artistic ceramics and its antiques. Also very popular are its sweet cakes. 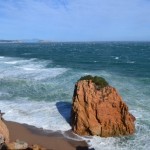 Much visited town, it has a mediaeval historic centre where the Romanesque tower stands, built between the 11th and 13th century, known as the Tower of the hours. 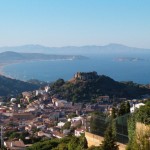 Villages at the foot of the Gavarres massif, in the central part of the Costa Brava, which has some of the most beautiful and admired coves on the coast. Each summer the famous music festival of Camproig take place in Calella.

Its commercial port is the fourth in the Catalonia region. The coastal area between the Gulf of St. Esteve del Mar and Calella and is considered the most beautiful coastal area with a natural charm in Catalonia. The famous fish auction is held almost every day. 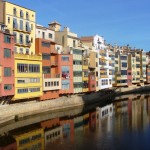 The historic center, called Barri Vell, is one of the most suggestive of Catalonia, with monumental elements that are unique in Europe. Among its monuments is the Jewish quarter “Call” (one of the best preserved of Spain), as well as the famous and colorful houses of Onar and the Cathedral, a single nave, the widest in the world.

Entrance and a nice stop for travellers and tourists who go in and out of the country. Known also for its museums, such as the world famous Dali Museum of the painter Salvador Dalí. 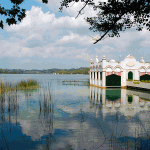 Part of the town is surrounded by the lake of Banyoles, the largest natural lake on the Iberian Peninsula. Tourist destination which has a rich landscape and unique environment to walk around and enjoy. 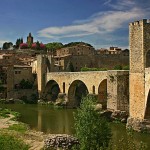 Very interesting medieval village. Thanks to its impressive architecture Besalú is well worth a visit. 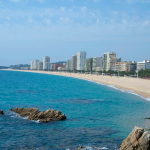 Located on the Costa Brava, is notable for its diversity of hotels and entertainment venues. 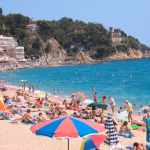 Located on the southern tip of the Costa Brava and is famous for its party environment and multiple entertainment options. 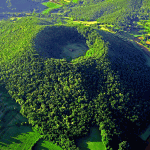 Olot has great natural attractions, such as the impressive Natural Park of the volcanic area of the Garrotxa and la Fageda d’en Jordà, a huge and exquisite beech forrest.

Costa Brava, home of the gods
Land of fire and foam
Mirror of a blue sky
Cradle of the white moon